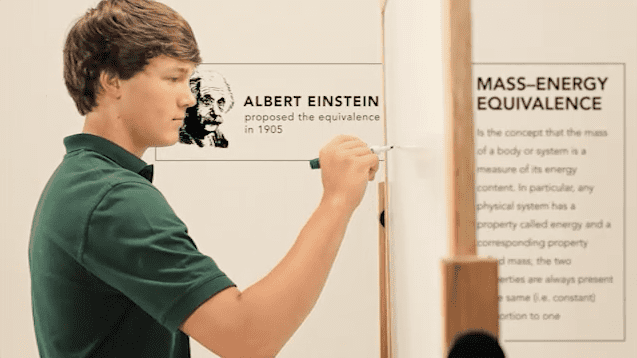 A broadcast campaign created by Disciple Design captured the “Best of Show” for television spots at the most recent Addy Awards. The campaign was created for Briarcrest Christian School in Eads, Tennessee. The cleverly simple spots feature students using a whiteboard to solve various problems–from science equations to diagrams of sports plays–and emphasizes the importance of not just knowing the answer but knowing the logic and reasoning that brings you to that answer. It is the latest installment in the overall branding of the school that emphasizes “balance” of mind, body and spirit. The spots were filmed in a local studio with the help of Edison Creative of Omaha, Nebraska. They will now go on to compete at the regional level of the Addy awards. Disciple also won Addys for Germantown Community Theatre.